On Saturday March 6 we had an amazing march. We walked for over two hours and went to a recruiting station, the King County Jail, the ICE Immigration Center and Seattle Human Services, with a rally/ speaker in front of each place. We ended at Occidental Square where the Duwamish were there in spirit. We had all ages, all ethnicities, all issues, all political positions joining together. Radical Women were well represented. Also Amnesty International, as well as National Organization of Women, and Pinay, Gabriela, CARA, photographs below and more information. It was exhiliarating and inspiring.
\ 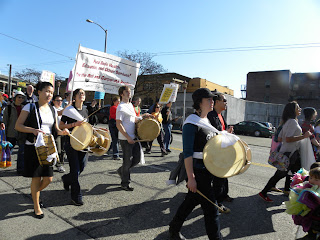 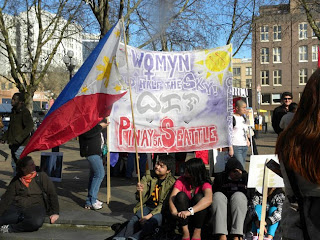 Pinay Filipina group. Gabriela was also represented, a mass solidarity group that is politically leftist and really activist.
They led us in chants. 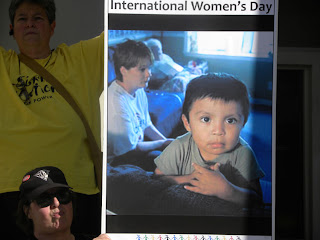 This child is left behind after his parents were deported. He is an American citizen so he got to stay here all by himself. He looks like he is about four years old. 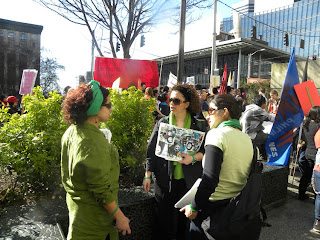 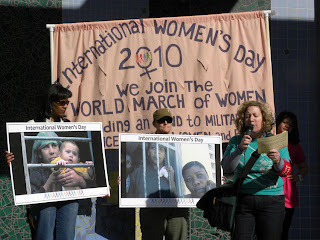 This is Margo Heights speaking in front of the Jail and across the street from ICE ( Immigration Detention Center). 1 our of every 3 women on the planet who are in jail is locked up in the United States.
Most women are imprisoned for economic crivmes. The majority of women convicted for violent crimes were defending themselves or their children against abuse. In the U.S. a woman is raped every six minutes. 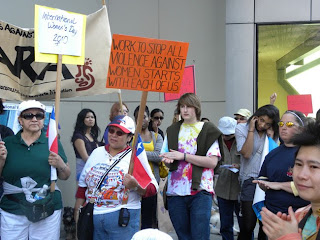 These are people listening to the speaker from Real Change about homelessness in front of the Seattle Human Services. 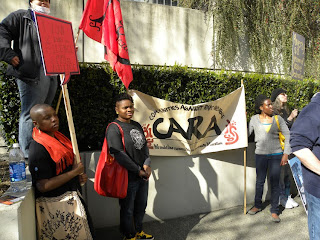 These are women from CARA, Communities Against Rape and Abuse 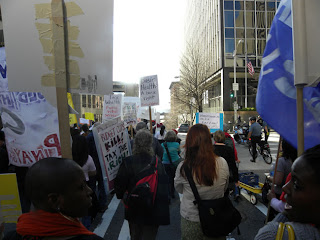 This is a general photograph of us taking over downtown. 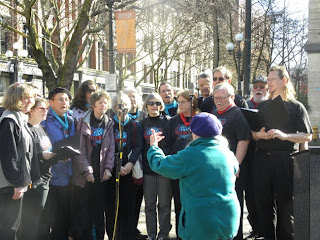 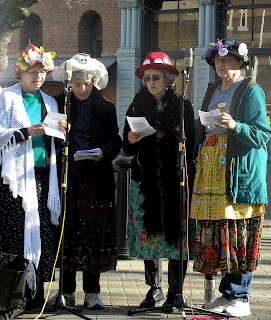 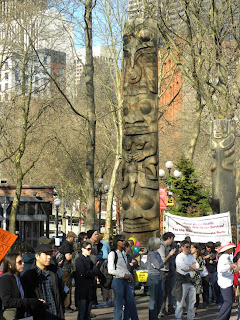 The Duwamish watching over us in this space that used to belong to them, although they didn't make the totem pole and totem poles are not a Duwamish art form, at least it is a reference to the Indigenous people who lived in Seattle. 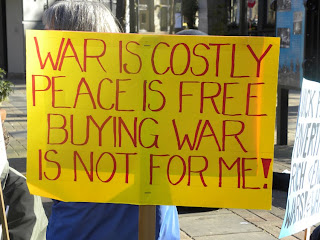 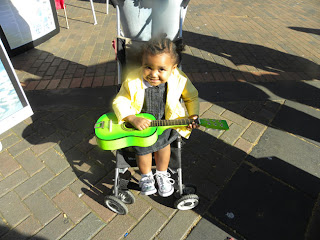 A young feminist ready to play songs for us.
Posted by Susan Platt at 5:48 PM