And a tribute to the Gaza Solidarity marchers 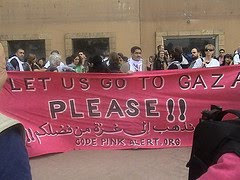 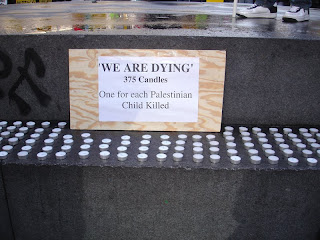 From 42 countries 1300 people came to honor the nightmare of Gaza and the Egyptian government closed the border at Rafah, the only point into Gaza not controlled by Israel. Some are on hunger strike in Jordan. We are all with them. Last year there were marches all over the world in support of the horrors of the Operation Cast Lead. This year people have gone there in support, spurred on by a call from Code Pink and other groups, but are being barred from entering. Protest in NYC . Michael Ratner spoke of the fundamental violation of human rights by Israel in Gaza. He went to Gaza with his family. Currently a few hundred people from the international delegation were allowed to enter, but it was regarded as not enough and an effort to divide the delegation. Thousands gathered on either side to honor the dead and to call for an end to the blockade. In Cairo Freedom Marchers were brutally attacked by the police.
Posted by Susan Platt at 3:55 PM