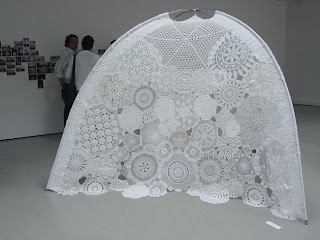 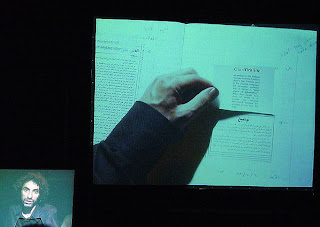 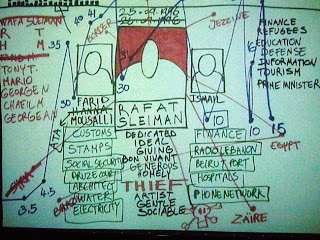 The result is that we realize once again that history is a fabrication based on narratives and procedures that make no sense at all. If that isn't pertinent to our present moment, what is?
Mroue is not showing in Venice, but this gives a little context.
Walid Sadek ,who is showing in Venice, works in texts.
Last year in "Out of Beirut" at Oxford Modern Art he showed labels for landscape paintings by Moustafa Faroukh, a well known Lebanese artist, leaving a space for where the art work would have been and adding a poem of his own which invoked the missing landscape ( both the missing painting, and the landscape that no longer exists because of war).
Posted by Susan Platt at 12:21 PM