Dahr Jamail's Beyond the Green Zone Read It

Dahr Jamail's book, Beyond the Green Zone Dispatches from an Unembedded Journalist in Occupied Iraq, is an essential book to read for anyone who wants to hear another side of the situation in Iraq. What makes it so potent is that he is not aggrandizing himself, he is not reporting the war per se, he is simply talking to as many Iraqis as he can, especially focusing on the bombing of hospitals, shooting at ambulances, using cluster bombs as well as phosporous incendiary bombs on civilians. As a sub theme he accounts his own observations of the continual degradation of life in Iraq.

Of course as a man he had access to a lot of places that a woman would not have been able to report on, and his interviews are almost entirely with men. This is the new Iraq, where formerly secular women are now covered from head to toe in black when they leave the house, unable to work, and unavailable, for men to talk to outside of their families. The new Iraq from which the Middle Class is leaving as fast as it can.
( See http://riverbendblog.blogspot.com/http whose writer is now in Syria as one record of life from a woman's point of view) .

Most of Jamail's contact with women and children was encountering them wounded in a hospital, or observations of their impossible day to day challenges of lack of water and electricity, lack of medical care, and basic security. In those observations he brings home in one way the day to day nightmare that families are experiencing in the war.

And Congress just keeps voting money for the corporations 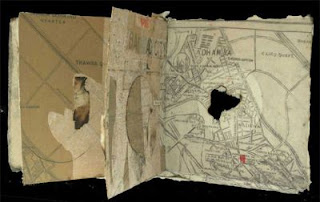 (disguised as support for the troops). Bought and sold to their pieces of the pie.

A particularly potent part of Jamail's book describes the absence of any of the promised multi million dollar reconstruction by Bechtel . Based on his own on the ground observation and interviews with people who have no water in chapter 6 Craving Health and Freedom"

Another major contribution is Jamail's documentation of the disconnect between mainstream reporting and facts on the ground. Repeatedly the US military and media reported outright lies, distortions, and invented stories, as well as suppressing other stories and the reports of unembedded journalists. For example, Jamail describes the rally by the resistance after the first attack on Fallujah, after the embedded journalists and military withdrew.
Therefore, today, as we see the New York Times report on "Baghdadi's sigh of relief," because of the "success of the surge" we can place it in the bigger picture of the complete disaster on the ground and the campaign of disinformation that Jamail reports on in his dispatches and his book.
http://www.dahrjamailiraq.com/

Above is art work by Hana Mal Allah Baghdad Artist. It is a book called Baghdad Map, US Map. Hana Mal Allah, see my earlier entry on her work, actually burns her work in partnership with the burning of the city of the ancient and beautiful city of Baghdad. The work is currently part of the exhibition Red Zone/Green Zone at Gemak den Haag, an exhibition focusing on "urban security policies and the withering of public space from Baghdad to Den Haag" http://www.gemak.org/tentoonstellingen.html
Posted by Susan Platt at 10:33 AM

Email ThisBlogThis!Share to TwitterShare to FacebookShare to Pinterest
Labels: Iraq