A Brief Hallelujah and the problems continue 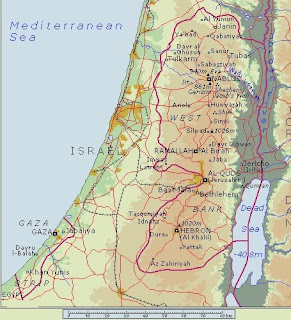 Of course I begin with Hallelujah for the election of Barack Obama. No matter what, it has to be better than the last eight years. We are all relieved and proud.

We all know that Obama cannot solve all the big problems overnight, but we hope, hope, hope, that he takes dramatic actions to change the course of several severe, forever problems, particularly Israel and Palestine. Please Obama take advantage of your mandate to really take action on a new way to think about that painful situation. Gaza is a nightmare as severe as Guantanamo right now. The West Bank is fragmented by Israeli settlements funded by our money. The State of Israel relies on millions of dollars in our aid. And in fact, there are many Israelis that completely oppose their government policies. The Palestinians deserve respect, apologies, and the possibility for the basic necessities of life, water, food, shelter, as well as freedom to lead a normal life. The Israelis are following a policy of systematically destroying those basic given necessities, destroying Olive Trees, orange trees, dividing land. As I sat and ate a quince grown on our tree in our garden, I thought of the destroyed orange groves in Palestine, bulldozed ruthlessly, for no "security" reason. As I eat olives, I think of the thousand year old olive trees being destroyed. The farmland divided by walls.

Barack, don't let the pressures on you obscure the facts.
The facts are that Gaza has an electric fence around it, Apache helicopters flying overhead all the time, gunboats patrol the shore, missiles fired at suspicious activity. This description comes from Hollow Land by Eyal Weizner, one of three books that have come to my attention courtesy of Adbusters 78
The Lords of the Land, The War for Israeli's Settlements in the Occupied Territories 1967 - 2007, by Idith Zertal and Akiva Bdar, Hollow Land: Israel's Architecture of the Occupation by Eyal Weizner, and Hold Everything Dear, Dispatches on Survival and Resistance by John Berger. Be sure to look at the slide show on their website. Obviously, the wall is another famous example of the architecture of occupation.

At the same time I am increasingly aware of the boldness of Palestinian artists in the Occupied territories and around the world in making Palestine visible, in resisting obliteration, in revisualizing the past, in creating history, in perpetuating Palestine. Cultural workers are playing a crucial role in the Palestinian resistance. I have just become aware of Project 6 plus and its collaborative exhibition with Palestinian artists called Secrets, and that is just one example.

And of course the awards going to Emily Jacir are cause for celebration. I hope she uses her exhibition at the Guggenheim as a pedestal for the Palestinian cause. Not to mention the money itself to support the cultural institutions in like Khalil Sakakini in Ramallah. That would be terrific. But Emily is simply the most prominent. There are many writers, poets, visual artists, dramatists, actors, dancers, singers, calligraphers, filmmakers, video artists, photographers, who are active in the cause. Of course the great poet Mahmoud Darwish was the best known, and his recent death is a great loss. But his words live on.
Posted by Susan Platt at 1:44 PM