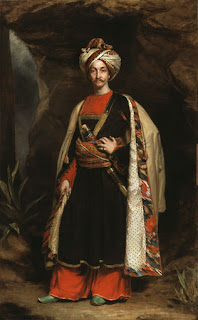 Rana Kabbani 's essay juxtaposes Botero's Abu Ghraib image with Ingres Turkish Bath. He is making the comparison of the British occupation of Egypt inspiring striking paintings, and what paintings we will have from the occupation of Iraq. As he states " might such pictures ( of Abu Ghraib) come to be seen as the Orientalist art of the twenty first century, born, like their predecessors ,of military conquest and colonial expansion and fixed in commercial exploitation? "
That says it all very concisely!
Posted by Susan Platt at 11:04 AM