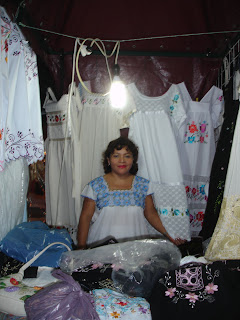 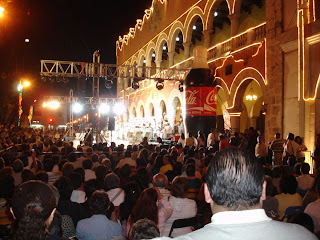 I thought it would be a let down to go to the Yucatan after being in the jungle in Chiapas at Palenque and Yaxchilan, but it was also thrilling. Merida, the Spanish capitol, was full of art. It had multiple celebrations going - its 466th birthday, the Feast of the Kings, and its weekly celebration of the heart of Merida. I went crazy in the zocolo buying gifts of embroidered clothes for everyone I could think of. There were so many kinds of music performed in the streets that we couldn't keep track, groups of beautiful male singers in harmony performing with only a few instruments, female singers, popular Yucatan singers- Sergio Esquivel and Maria Medina, and of course Mayans with a horn and a drum trying to pick up a few pennies. The heritage of the city as a segregated place under the Spaniards was evident in the impoverished wandering Maya women selling textiles. I watched one eleven year old girl packing up her goods for twenty minutes, then she reappeared in front of our hotel. I had to buy a scarf from her. In this picture is Gabriela who had one of the stands that appeared overnight and disappeared the next morning. 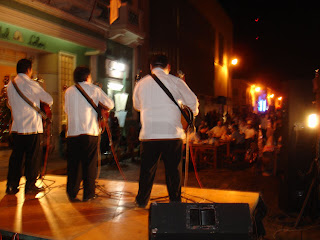 Here is one of four groups who were playing in a small stage set up in the street on a single night, each one distinctive. 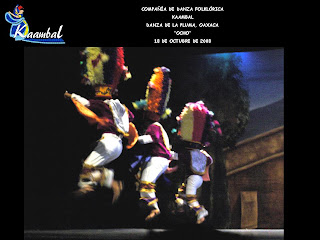 We also saw an amazing dance performance by a group called the Compania Kaambal that goes all over Mexico learning contemporary indigenous/folk performances. These performances combine rapid dance steps with extraordinary costumes and often spectacular headdresses. 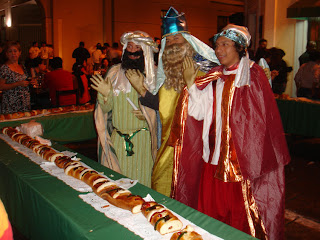 They were also celebrating the feast of the Kings, when the children get presents in Mexico. It is my favorite holiday in Mexico. Lots of young people dress up as Kings and everyone eats a special cake that has prizes in it. You can see the big cake on the table here. 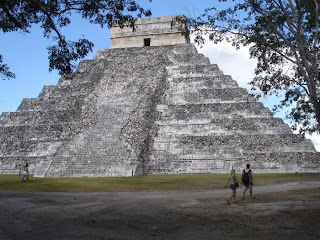 We visited late classic Uxmal with its huge structures, and Chichen Itza with its huge crowds and overwhelming tourist souvenirs that almost eclipse the structures. But the pyramids and the other buildings are still impressive. These are late examples of Maya culture, as is Tulum. Tulum has the added advantage of the story of Guerrero, a Spaniard who went native when he was shipwrecked on the coast of the Yucatan and then taught the Maya how to defeat the Spaniards, apparently this is the source of the word "guerrilla" We also learned in Tulum that this coast of Mexico was very close to Cuba, so the lolling masses in their bathing suits are right across a short stretch of Caribbean from Guantanamo. It reminded us again of the mindlessness of the masses as untold suffering occurs outside their consciousness. Of course we were also briefly sitting on the same beach, but we are not beach culture people. It only lasted an hour.


In the Government Palace in Merida is a series of over twenty large scale murals by Fernando Castro Pacheco that show the history of the Maya in the Yucatan pre and post Conquest. The Maya resisted colonization for decades, and then in the 19th century there was a Caste War that again fought the Spanish. They were tough fighters. It includes Guerrero as one of the subjects.This image is the Eagle and the Serpent. 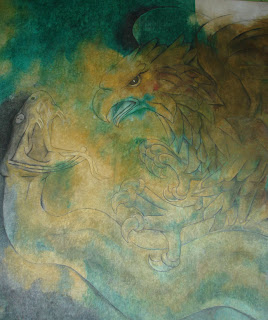 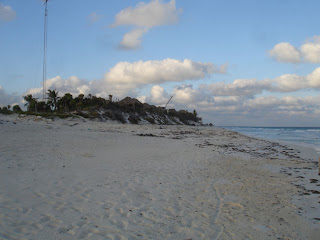 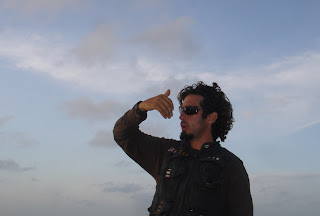 Finally we went to Sian Ka'an, a biosphere and stayed at CESiak (centro ecological Sian Ka'an) with only wind and solar power. We went on an amazing bird watching trip, although we went in a motor boat when we should have been in a kayak. The staff was brilliant ( here you see Antonio explaining roseated spoonbills, mongrove plants, and other amazing facts) and we saw dozens of different birds and learned about the trees, termites, and other ecological facts. We also saw a crocadile. The reserve is still a work in progress, with plastic bottles and bags polluting the waterways. But the birds are lucky to have it. At least it exists, thanks mainly to the efforts of Dr. Alfredo Alejandro Carrega, who happened to be staying at the hotel, and told us the whole story. He is an ecologist who was friends with the minister in the government who developed Cancun starting in the late 1970s. They are not friends anymore.

While we travelled we read D.H. Lawrence's Plumed Serpent, a wonderful fantasy of the return of Quetzacoatl as a modern cult to liberate the people from the oppressions of both the Catholic Church and socialist ideas. He wrote it in 1923, just after the Mexican Revolution, and before the effort to end the influence of the Catholic Church in Mexico in 1928. It is beautifully written ( if a little windy), perfect for a trip. I can't resist including one last image of me in a hammock in our bio reserve "tent" cabin. Boy do I look happy! 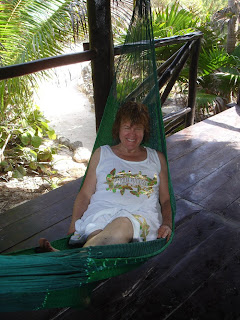 Reading your fine description of Merida and Yucatan and surrounds, I am made homesick for the home I don't yet have. We are hoping to move to Yucatan within a year or two, just for the very things you've described: art, music, a depth of culture lacking in our deprived corner of Oklahoma.

Thank you for this. Your writing is lovely.

thank you for buying that scarf.

Thanks for your comments! Yes, Mexico is SO civilized compared to the US. All the culture in Merida was free, courtesy of the government. Including the clowns.

Did you miss the Paseo de Montejo? It's one of our most important places. A beautiful avenue. I'm glad you enjoyed our city!

Happy new year.
nice link. I like it so much. this link is very useful to every body. very nice posting