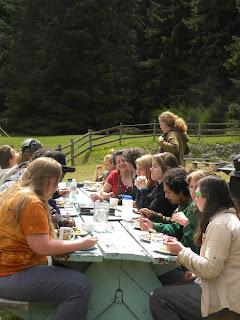 The Backbone Campaign sponsored "Localize This!" An art/action camp. Here we are at lunch. We had such a wonderful time. It brought together my three favorite activities, camping, politics, and art. I was only there for two days but it was really intense. 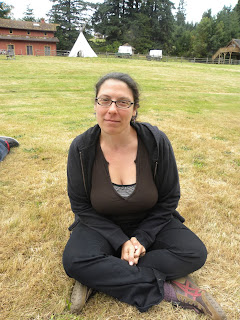 This is Kim Marks. She is part of Earth First, an international environmental activist group. She covered the many different aspects of civil disobedience, starting with someone willing to be arrested, and the support for that person, then media, legal, video, public liasons, as well as connections to workers affected, medical, and communications and de briefer. There were even more.
Her second theme was also valuable. Where do we fit in the process, at what point are we intervening?? There were six places, all of them important and she mentioned that the "mountain top removal" resistance project includes all six.

extraction, destruction
money ( production)
consumption (stores)
decision ( who is accountable)
assumption ( as in cultural assumptions)
envisioning the future ( Yes Men are an example)

Of course I realized that I am always intervening in the same place, at the point of consumption, as I stand and wave an anti war sign every week. We consume war as a commodity. We eat war, we drink war. Our society is permeated by war. When we email the representatives we are intervening at the point of decision ( but better is face to face meetings). Kim actually talks to CEOS. And then there are the YES MEN! 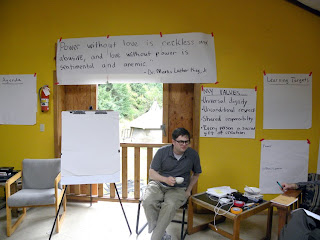 There were other workshops on theory as well like the one by Tom Kertes.
You can seem his theme, an amazing quotation from Martin Luther King
"Power without love is reckless and abusive and love without power is sentimental and anemic" He was talking about how to have power! Useful idea. 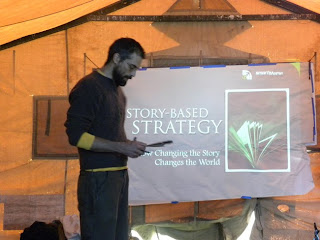 We also had a workshop from Jay Cookson and smart meme His subject was changing the story  "How changing the story, changes the world." Again food for thought.  He showed an alphabet of corporate logos, we recognized them all, then of plants, we recognized few. Our society is permeated by corporate marketing, we can change their story to our story. 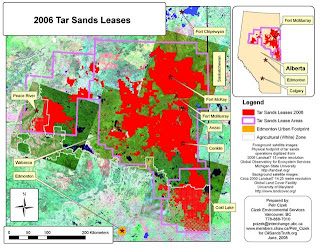 The most devestating presentation by Rising Tide told us about the campaign to extract oil from sand (see http://oilsandstruth.org/)  in Alberta, Canada. This is a vast act of environmental destruction that few of us even know about. 10,000 acres have already been clear cut (what is called the overburden) and that is just the beginning, in order to get oil - but very little oil for the amount of oil used to get it. Gigantic trucks are going over the narrow and treacherous, and beautiful, Lolo Pass, 210 feet long! 2 to 4 barrels of oil to get one barrel of oil. Two tons of sand for one barrel of oil, http://www.endgame.org/links.html
has a lot of helpful information on this and other campaigns to resist environmental degredation. 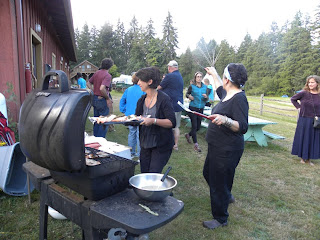 Salmon Dinner at Localize This Backbone Camp with Chef Maia in the foreground - she really had a job, 25 people, vegan and non vegan, in a non catering kitchen!

We chose kayaking, treeclimbing or making giant mache heads. This was a real camp!
So of course I chose making heads, but first I visited the tree climbers. 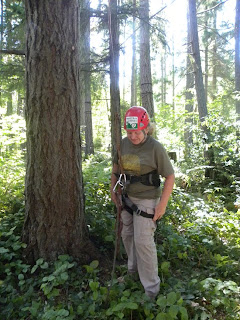 This tree climber, Kathleen,  is a peace activist. Every Sunday she helps to put up a huge war memorial in Santa Monica. It is called Arlington West Santa Monica. This is her first time climbing a tree. A slew of young people were guiding her and she succeeded! These skills are for hanging banners and protesting forest devestation among other activities. 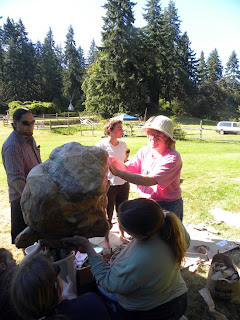 And here I am helping to make a giant paper mache  ( I am wearing the pink tee shirt from the Ni Mas Una campaign, see earlier blog) We learned step by step starting with a big plastic bag stuffed with newspaper. The features are made with shrink wrap which can be shaped to form features, I made an ear. Then we tore up paper bags, and dipped them in the cornstarch and water goo that was boiled until smooth. We smooshed the paper to break down the fibers as we covered it with goo. Then we put it on one layer at a time, alternating print and non print, minimum of three layers. That's as  far as I got with it. Here are a few more pictures. 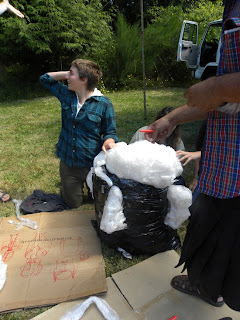 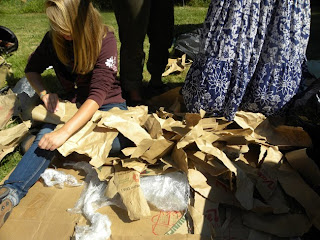 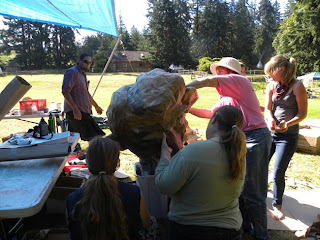 And last but not least the agit prop band. Bill Moyer led the way as a drummer. He actually taught us how to make music for demos. I would love to play in a band at a demo sometime. I played the cymbals. Here are some pictures of forming the band starting with Bill on a makeshift drum set. 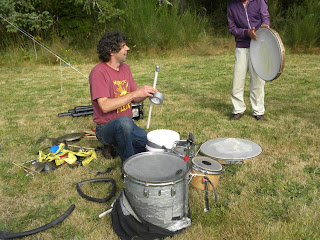 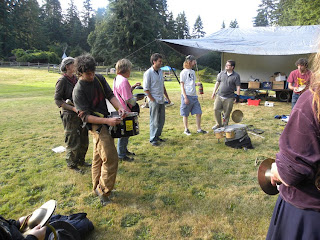 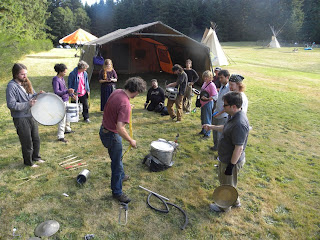 I can't tell you how much fun this all was. For one thing, I loved being with young activists who really care. I am so tired of people who actually make fun of activism, or say it doesn't matter. For another, we all had a
great time getting to know each other.
And we really learned a lot of organizing skills, which is the point. Now I am going to get involved with a campaign.
The camp itself went on for three more days and culminated in a flash mob at Target - a point of consumption because Target gave $150,000. to the anti gay, anti worker candidate for governor of Minnesota. They collaborated with a group called Agit Pop to
sing "Target Ain't People" as a protest to their intervention as a corporation in elections.
Posted by Susan Platt at 5:10 PM