Beginning the Sixth Year of the Iraq War 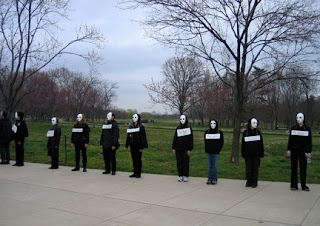 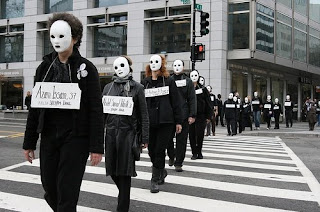 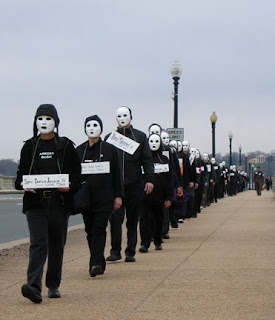 Washington DC
March 19
The Dead Marched in front of Blackwater
on the National Mall , near the White House, and around the city. Each Marcher wore the name of a person who had died in Iraq. They were silent and haunting. This is the simple, but effective statement that brings home the reality more than any slogan.
The power of the visual, the power of performance, the power of bringing protest into everyday life.

In addition there was a Freeze In at Union Station. Here is the video link. Again it was a protest that was part of daily life, hundreds of people just stood still in the midst of an action, then after about five minutes, they all shouted, end the war.
Posted by Susan Platt at 5:42 PM