Inside the Northwest African American Museum 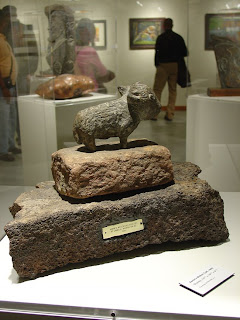 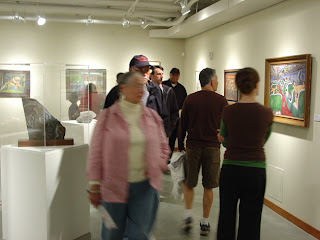 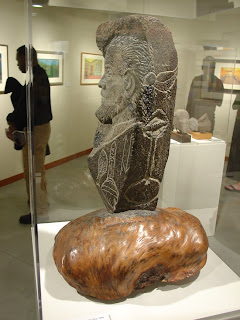 One of the featured artist is James W. Washington, Jr. painter and sculptor, born in Gloster Mississippi in deep Jim Crow, moved to Seattle in 1944 to become a successful artist. Here is the symbolic portrait of Mark Tobey with whom he studied for a few years in the 1940s. The James Washington Foundation put together the exhibition of this important artist's paintings and sculpture. At the opening the Foundation also gave a scholarship awards to two art students, Theresa James at Garfield High School and the Hugo Shi at the University of Washington.

Next is the Jacob Lawrence Exhibition with his large tile mural of "Games" formerly in the King Dome and then the Convention Center. 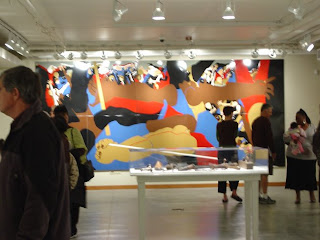 The exhibition is dazzling. Also included is his George Washington Bush series, the story of an African American pioneer who came on the Oregon trail with five wagons.

The exhibition has selections from his Builders series 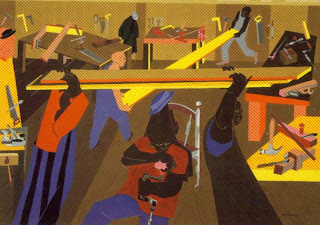 Finally, is the Journey Gallery which tells of the accomplishments of African Americans who traveled from all over the world to come to the Northwest. It comes up to the present including present day East Africans. 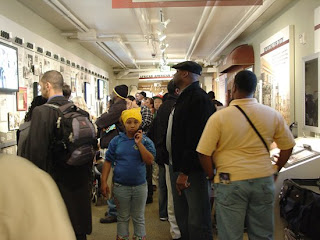